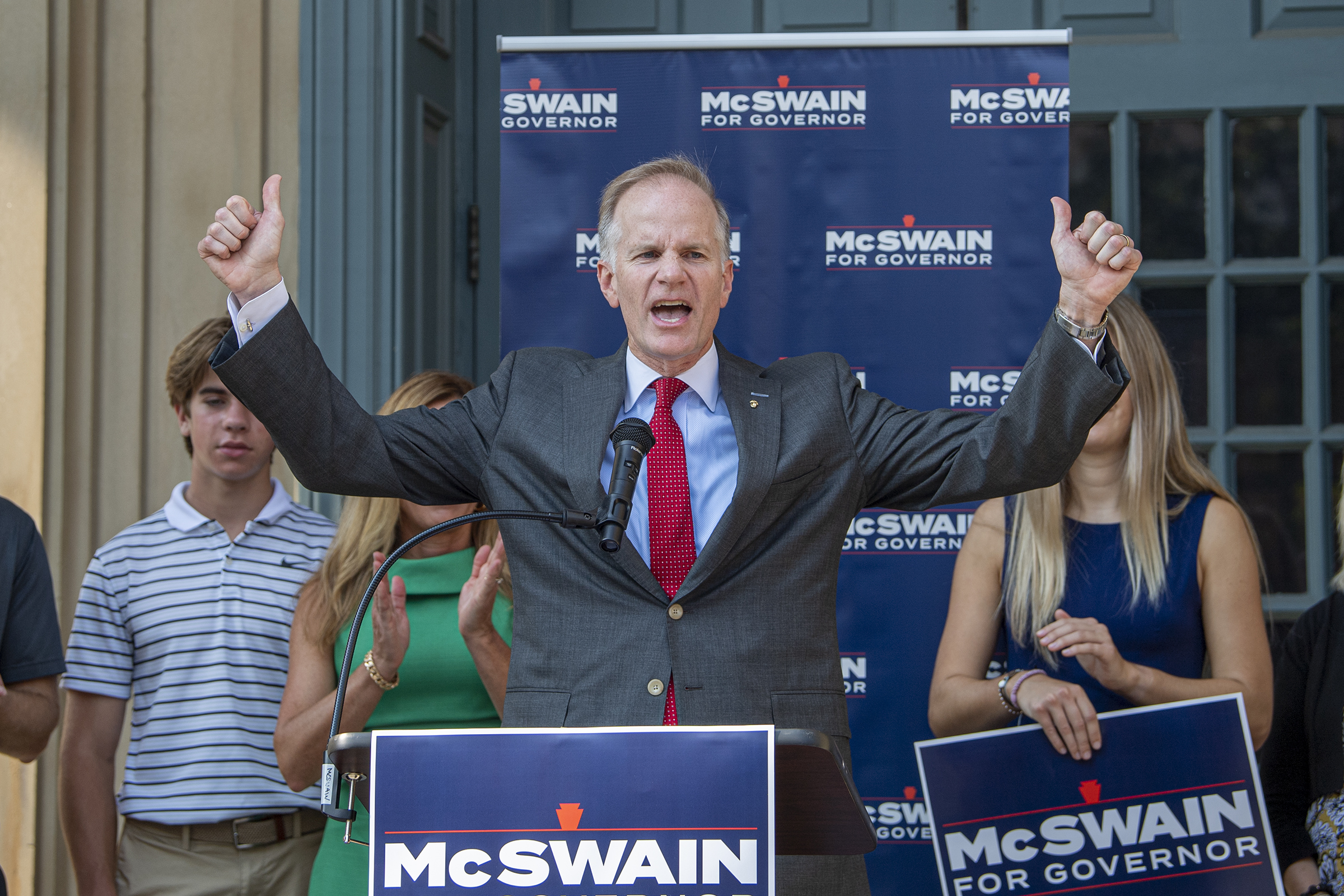 “From his courage as a United States Marine defending our freedom to his service as a U.S. Attorney fighting to keep Pennsylvanians safe and uphold our constitutional rights, Bill McSwain has proven he is ready to lead Pennsylvania through the challenges we face,” said Commonwealth Partners President and CEO Matt Brouillette.

“For too long, Pennsylvania has lagged behind other states due to a governor who cares more about pleasing special interests who profit off government than working with the Legislature to move Pennsylvania forward.” Brouillette continued. “Pennsylvanians are ready for a bold leader who will put their priorities first and fight to strengthen our economy, unleash businesses’ potential, restore local control, ensure every child has a chance at a great education, and take on the crime that’s plagued our cities for far too long.”

McSwain stated, “As a native Pennsylvanian, U.S. Marine, federal prosecutor, and U.S. Attorney appointed by President Trump, public service is in my blood. I am grateful to receive the endorsement of Commonwealth Partners. Together, we will work towards victory in 2022 and a freer, safer, more prosperous Pennsylvania for years to come.”

“Bill McSwain knows what it means to lead, to fight, and to serve,” Brouillette added. Commonwealth Partners is pleased to endorse him for Pennsylvania governor.“

Matt Brouillette is available for further comment. Contact Gina Diorio at [email protected] or 862-703-6670 to arrange an interview.
# # #

Commonwealth Partners Chamber of Entrepreneurs is an independent, non-partisan, 501(c)(6) membership organization dedicated to improving the economic environment and educational opportunities in Pennsylvania.