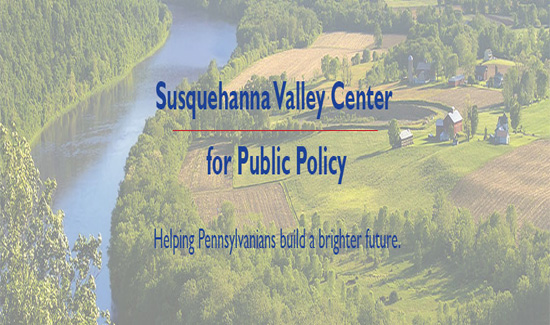 As much as present day politics seem in nasty turbulence, there have been more tumultuous times in our national experience.  The recently marked 50th anniversary of the assassination of Dr. Martin Luther King Jr. was a grim reminder.  His passion and moral clarity for civil rights and equal justice have taken on even greater meaning in the years since.  Among his many prophetic assertions was this: “Nothing in all the world is more dangerous than sincere ignorance and conscientious stupidity.”

These days, many adults complain that young people do not take much interest in public affairs and political involvement.  Then when a tragedy such as a school shooting mobilizes the young into marches and protests, they are written off as pawns of special interest groups or criticized for their lack of understanding of how the world works.

Care to guess who is at fault for this?  Not the usual suspects, Hollywood moviemakers or social media or Bible banners.  No, the blame really falls on all of us.  When it comes to words and deeds our young people can see as a positive example, we come up more than a bit short.  We fail to pay proper respect to our democratic heritage.  We fail to model good citizenship behavior.  We paint complex policy matters in stark moral terms, and demonize those not 100% in agreement.  Those who think differently are reflexively accused of being unpatriotic and un-American.

In important respects, our behavior is contradictory and self-defeating.  We have allowed civics education to decline or disappear because we choose to worship at the altar of standardized testing.  The latest results on the National Assessment of Educational Progress test revealed the unhappy consequences of such a shortsighted approach.  Only 23% of high school seniors scored proficient in civics.  Neglecting to ground young people in the fundamentals of democracy and civic responsibility predictably leads to a disconcerting loss of core knowledge and a diminished sense of community.
Each year at election time, there are the predictable editorials decrying voter apathy and low turnout.  But given the personally destructive tone of many political campaigns, is it really any wonder that fewer find incentive to get involved?  When a candidate or party does gin up something provocative to spark voter interest, we accuse them of pandering to base interests.  And when someone proposes making registering and voting easier, as Pennsylvania’s governor just did, angry voices warn darkly of rampant voter fraud and election stealing.

We are fond of wrapping our arguments in the words and principles of the Constitution.  Yet, how many have actually read the Constitution, the Federalist Papers, a history of the convention and ratification process, and the landmark Supreme Court decisions that have translated the words on paper into our guide for daily life?  Cultural illiteracy should be recognized as the serious threat to our national well-being it is.
We revel in the patriotic displays of July 4th, celebrating the Declaration of Independence.  Declaring independence was a bold and dangerous step, and we should never forget those who bravely signed the inspiring document.  But even with that beginning, it was a perilous thirteen years before our nation was up and running.  Our grand American experiment would have been a historical footnote without the efforts of the men who assembled, signed, and secured ratification of the Constitution.
Yet, Constitution Day events are comparative rarities.  The National Constitution Center in Philadelphia commendably hosts programs aimed at improving our constitutional literacy.  The Pennsylvania Bar Association years ago developed a program called “I Signed The Constitution” aimed at students.  Academic institutions such as Shippensburg University hold an event.  But for the most part, it is hard to find events on the civic calendar that are well-publicized, well-attended, and widely known.

This is a serious sin of civic omission, especially in our commonwealth.  Pennsylvania is the place where the Constitution was conceived and birthed.  Ours was the second state to ratify it.  We ought to be a leader in civics education, not just for students, but continuing education for adults.
We should know about the men who devised, debated, compromised, hammered out, and then signed the Constitution, which then needed to be pushed through to ratification, an arduous process in its own right.  One Pennsylvania delegate, James Wilson, was in concert with James Madison a leading engine driving the convention through to a successful conclusion.  Another, Gouverneur Morris, was chiefly responsible for crafting the language in the final document approved.  The most illustrious delegate, Benjamin Franklin, pronounced benediction on the result: “A republic, if you can keep it.”

With states’ rights coming back into fashion as a reputed wonder drug for our policy ailments, we need to be schooled once again on the profound deficiencies of life in the thirteen states under the purposely weak Articles of Confederation.

The melting pot America has been, with individuals of different political backgrounds, economic circumstances, and ethnic heritage bound together by a common language of civics and history, is curdling in spirit and outlook.  Which is good reason for our generation to give deep thought to that Dr. King quote.
It is hard to forge a better future if we misunderstand or fail to learn about and from the past, and if we fail to appreciate the service and sacrifice of leaders who gave us the wonderful inheritance America is.  It is time for Pennsylvania institutions, academic, cultural, and historic, to elevate our understanding of constitutional principles.  We can begin by properly celebrating Constitution Day.

Let us endeavor to make September 17, 2018 a new civic tradition of celebrating the document that described and established our nation.  Let us show the same patriotic exuberance we pour into the anniversary of independence being declared.  Let us use the rights to free speech and free association with constructive and productive vigor.
David A. Atkinson is a Research Fellow with the Susquehanna Valley Center’s Edward H. Arnold Institute for Policy Studies.

The views expressed here are those of the author and not necessarily those of The Susquehanna Valley Center.
Nothing contained here should be considered as an attempt to aid or hinder the passage of any Legislation.