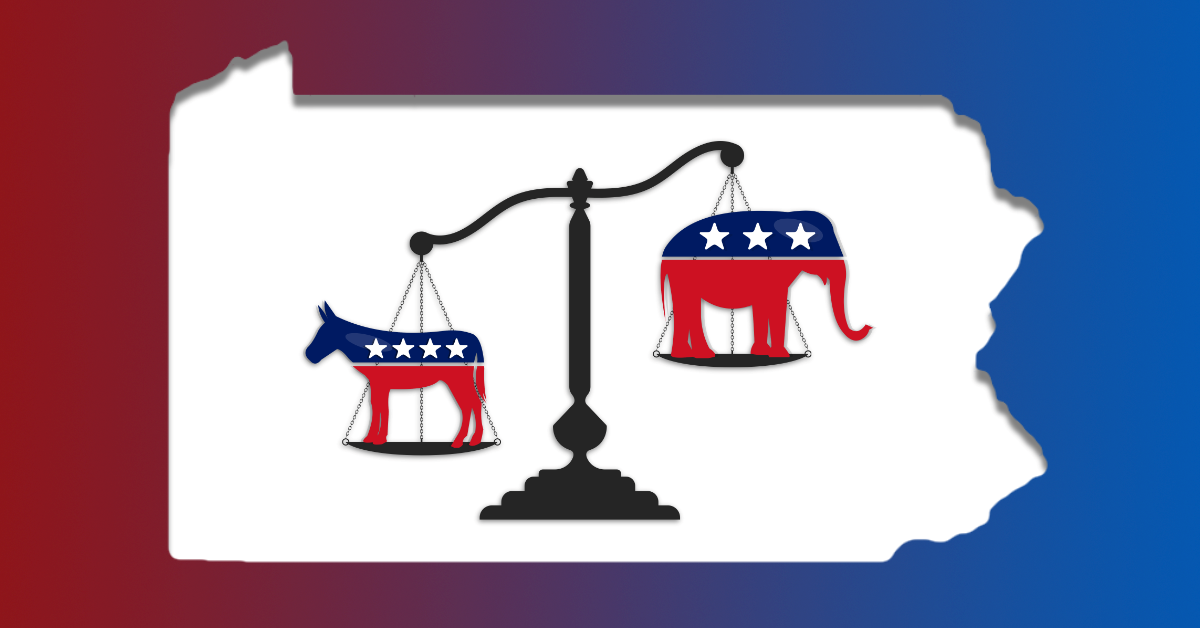 Dynastic, career politician Jake Corman – president pro tempore of the Pennsylvania State Senate – is the latest Republican to toss his hat in the ring for Governor of this great Commonwealth.  Given Corman’s insatiable ambition, his decision to enter the fray isn’t necessarily surprising.  What is shocking is that someone with Corman’s amount of political baggage actually thinks he enhances his party’s potential for victory in 2022. Corman’s arrogance in believing he will “clear the GOP field” (as he is reportedly conveying to GOP power brokers) is breathtaking. Speaking clearly: Jake Corman is the most unelectable candidate in the GOP field, and his candidacy should be considered dead in the water.

Having worked in Pennsylvania’s campaign trenches for over 20 years, I can tell you that having a baggage-laden, career politician like Corman as your opponent is the political equivalent of a shooting fish in a barrel for any consultant/strategist with half a brain cell.  No one wants to see Jake Corman become the GOP nominee for governor more than the presumptive Democrat nominee, Attorney General Josh Shapiro.  Let us examine the reasons why:

1) Corman hails from a geographically weak area.  The State College media market covers less than 9% of the state’s total population.  Corman’s home county, Centre, is the largest county in this media market, and it is one he lost against an underfunded, no-name Democrat in his 2018 bid for re-election.  Compounding this problem is the fact that Corman has virtually no name recognition outside his state senate district as confirmed by a recent poll of the 2022 Republican gubernatorial primary race.  In fact, Corman barely attracts a scant 15% of GOP voters in his own media market, which he has been highly visible in for 22 plus years.  However, in that same poll, Republican State Senator Doug Mastriano bests him with 25% support in Corman’s own media market and doesn’t even represent any of that area in the Senate.

2) Corman is the product of dynastic politics. His state senate seat was bequeathed to him by his late father, former state senator Doyle Corman.  If there is one thing voters on both sides of the spectrum in Pennsylvania detest (especially Republican primary voters), it’s political dynasties.  Just ask Jeb Bush. This helps explain why in Corman’s own small backyard, he can’t garner more than 15% of GOP voters in his bid for Governor while Lou Barletta is dominating his own media market with over 51% support in that same poll.

3) Corman is now target numero uno of Pennsylvania’s grassroots conservatives, who are enraged at him for: 1) ushering Act 77 through the legislature (thus creating a 50-day stretch of no-excuse-needed mail-in voting, which Trump loyalists believe handed the election to Biden); and 2) vindictively punishing pro-election audit State Senator Doug Mastriano, a hero to many pro-Trump Republicans.  Corman not only booted Mastriano from the Senate GOP caucus, he stripped him of his Harrisburg staff.

4)  Lastly, the heaviest anchor around Corman’s candidacy is his 22-year anti-taxpayer record of enriching himself at the public’s expense. Indeed, Corman is arguably the most venomous creature in the Harrisburg Swamp. He’s been at the center of every crooked deal to come out of the state capital over the last two decades, and his numbers will collapse faster than his backbone during state budget negotiations with Tom Wolf when this record is exposed.  The lowlights are:  the infamous midnight pay raise of 2005, when legislators snuck into the Capitol during the witching hour to give themselves an unconstitutional mid-term pay raise of 16-34%; the Pension Grab of 2001, when Corman and his fellow careerists raised their already generous taxpayer-funded pension by a staggering 50%; and the gas tax hike of 2013, which Corman enthusiastically voted for and touts to this day. How politically toxic is the vote making Pennsylvania’s gas tax among the highest in the country? Just ask Tom Corbett.  Tom Wolf pounded Corbett over the head with ads in every media market outside Philly, causing enough Republicans to pull the lever against Tax Hike Tom.  You can bet Josh Shapiro’s team is retrieving those ads from the media archive as you read this.  Eight years ago, I wrote a memo warning Republicans that Tom Corbett’s numbers were fast becoming unrecoverable. However, the GOP establishment ignored reality and stuck with “their guy”, who went on to buck the national Republican wave of 2014 to be the ONLY Incumbent GOP Governor in the country to lose to a Democrat.

You are probably asking, “Why doesn’t Corman understand that his candidacy is mission impossible?” Is he that delusional to think he can survive his horrible record?”

Well, yes. It’s simple. Corman’s cadre of (inept and greedy) consultants need somebody to pay for their second or third summer beach home.  And this is the dirty little secret the media fails to report during campaign season. Pennsylvania’s establishment consultant class lines up in big statewide races to feed at the trough, often going to great lengths to convince their clients and potential clients “they can be governor, too.” Many do this knowing damn well their candidate stands no chance. But for them, it doesn’t matter as long as the check clears. I understand that strategists and consultants working in campaigns is part of the process.  I do that for a living, as well. But to actively recruit and convince ego-driven, delusional politicians they stand a chance at winning statewide office, when in reality they have the same chance as a one-legged man does at winning an butt-kicking contest, is one of the reasons we have so many subpar candidates in the field.    And therein lies the problem with today’s GOP gubernatorial field.  Many of these candidates with no chance of victory are often coaxed into running by Harrisburg’s grifter class. I know this for a fact, since I have often convinced candidates not to run for office after they met with other firms who were selling false hope of likely electoral success.

Unfortunately, what is the result of this greedy practice?  The voters are left with fatally flawed candidates, like Jake Corman, who actually believe they, too, can be Governor. And if flawed career politician Jake Corman by some miracle or strange turn of event becomes the GOP nominee in 2022, then you can expect Tom Wolf to hand over the keys to the Governor’s mansion to Attorney General Josh Shapiro.

Ryan Shafik is the principal of Rockwood Strategies, a conservative-free-market affiliated political consulting, communications and research firm in Pennsylvania.  He is not associated or affiliated with any 2022 candidates running for Governor. RockwoodStrategies.com – [email protected]