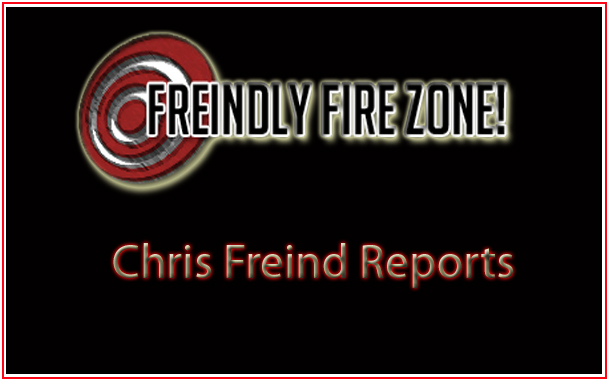 What do you get when you cross Halloween in Chesapeake, Va., with Monopoly?

For the crime of celebrating Halloween, the Orwellian city council has mandated that anyone over the age of 12 caught trick-or-treating faces fines and jail time.

Don’t “snicker.” According to city code, “old-timers” over 12 engaging “in the activity commonly known as trick-or-treat” are “guilty of a misdemeanor and shall be punished by a fine of not more than $100 or by confinement in jail for not more than six months or both.” Further, any “legal” revelers knocking on doors after 8 p.m. face similar penalties.

The good news for city council is that they don’t need Halloween costumes, since they’re already clowns.

1) How exactly does city council expect such ordinances to be enforced? Virtually no children carry identification, so is the answer a law mandating children carry government-IDs? Will there be Halloween stop-and-frisk police checkpoints looking for villains and their illegally obtained treats? Will children be forced to remove costumes, so that anyone looking older than 12 will be hauled to the station? And will law enforcement resort to roving patrols, where children knocking up at 8:01 are rounded up for violating the hallowed curfew?

These people aren’t just living on another planet. They’re beyond the Milky Way.

Has it dawned on anyone in Chesapeake (along with several neighboring towns that passed similar ordinances) that their police have been demoted to glorified revenue collectors and baby sitters?

And where is the vaunted ACLU to take on these blatantly unconstitutional laws? Freedoms of assembly, movement and expression are being violated, yet the so-called defenders of liberty seem conspicuously absent.

Here’s an idea: If the objective is to stop mischief, then focus on crime prevention, and prosecute offenders. That’s called police work. But the answer isn’t to penalize the innocent and take away their rights because of a few bad pumpkins.

Those laws should be challenged in court, and the people who passed them exposed as grinches and ghouls, since nothing is scarier than power-tripping elected officials infringing on personal freedoms.

This is but one of a startling number of situations where political correctness and overzealous officials are irreparably harming the American landscape. In all cases, a dose of courage and common sense would right these wrongs. But unfortunately, because such courage is the exception, the cancer of intolerance is spreading like wildfire.

– Mark Salvas, a Marine veteran who served in the Gulf War, was hired last month as executive director of the Allegheny County (Pittsburgh) Democratic Party. And just like that, he was forced out. Why?

Because last year, he posted a photo of himself and his wife with the caption: “I stand for the anthem. I kneel at the Cross.”

That’s it. That’s the “smoking gun” that his fellow Democrats found absolutely intolerable. So much for the Ds being the Party of inclusion.

If that wasn’t bad enough, some Dems also took issue with Salvas’ wife, who posted about supporting the family of a police officer – a family she and Mark had known for decades – who was involved in the killing of a black man. She wasn’t “taking sides” in the controversy, admitting that it was a tragedy all around. But that also wasn’t good enough for today’s radical Democrats.

Pennsylvania State Rep. Ed Gainey called the posts “insensitive” to African Americans, stating: “If you’re going to be executive director of the Democratic Party, you have to be sensitive to things like that.”

Really? Since when did the anthem become a Republican/Democrat racial issue? Ditto for police-involved shootings.

But don’t feel sorry for Salvas. He caved, plain and simple. Not in a million years should he have resigned. Instead, he should have made the Democrats outright fire him. Not only would Mark have had countless job offers, but he would have been hailed as a hero among Republicans and many Democrats. After all, it was southwest Pennsylvania Democrats, who have been increasingly voting Republican, who put Donald Trump into the White House.

“It’s never easy when people you have never met accuse you of things and call you names … I’m not ashamed of my patriotism. I fought for this country. I think I have a right to have a voice and be patriotic” Salvas said.

Yet in kowtowing to political correctness, Salvas allowed pressure from political hacks to decide his fate. His resignation, which served only to embolden bigotry, is almost as bad as intolerance itself. When will people learn that guts trumps appeasement?

– The lack of accountability in America has gotten so extreme that people with zero culpability are being forced to answer for the transgressions of others. The post from Mark Salvas’ wife was one example.

Another is what transpired with Philadelphia 76er Mike Muscala regarding tweets from his father, some of which have been labeled insensitive and racist. But the content of those posts is completelyirrelevant. Mike Muscala is not his father’s keeper, and in no way, shape or form should he have responded.

This is still America, where people have the right to say as they please, no matter how stupid or insensitive. Where does one’s personal responsibility end? Should Muscala – or anyone – be responsible for what a parent, sibling, adult child or friend says or does? Muscala’s father is solely responsible for his postings. Period. Since that concept is innately understood by rational Americans, no comment was necessary.

The Sixers, instead of exhibiting leadership by referring all questions to the father, made it worse by unwittingly calling into question whether the son harbored any similar “racist” tendencies.

“I was made aware of inappropriate and offensive social media posts from Bob Muscala, father of Mike Muscala,” Sixers General Manager Elton Brand stated. “Simply put, they are unacceptable and in no way reflective of the beliefs of our organization … I am also certain these posts are in no way reflective of (Mike’s) own personal beliefs … He has our organization’s full support.”

“Full support?” Yo Elton, what the hell does that mean? Why would thoughts from a player’s father reflect on the Sixers? And the team’s statement makes it seem that, because Mike and Bob are related, somehow Mike is guilty by association until an official 76ers statement magically exonerates him. Newsflash to Elton: Nice try tooting your horn as the almighty arbiter, but the Sixers don’t hold the power to clear someone’s name who doesn’t need clearing. We the people are most assuredly smart enough to figure that out on our own.

And Mike didn’t help his cause by issuing a similar statement, apologizing (why?) to the 76ers and his “colleagues across the NBA” for his father’s comments.

Yet another airball in what should have been a slam-dunk non-response.

– And then we had former MLB pitcher and current announcer Ron Darling get chastised on – where else? – social media because he mentioned that the wildness of Yankees’ pitcher Masahiro Tanaka was a “chink in the armor.”

Really? Ron Darling, who is partially of Chinese ethnicity, had to apologize for those words, clarifying that he wasn’t, in fact, an overt racist?

If employer TBS had any guts, it would have leveled a broadside at the small loudmouth minority who have nothing better to do than whine about how they’re eternally offended by the hordes of “racists” in their midst. And Darling should have done the same.

Had they done so, both Darling and TBS would have emerged as populist, non-partisan heroes. In taking a firm stand against the destructiveness of political correctness, they would have demonstrated that staying silent and needlessly apologizing are surefire ways to breed intolerance and curtail freedom of speech.

But neither did, and once again, it became a huge whiff in place of a guaranteed home run.

The way things are going, only one question remains: Will the last leader standing please turn out the lights?

Chris Freind is an independent columnist and commentator whose column appears every Wednesday. He can be reached at [email protected]