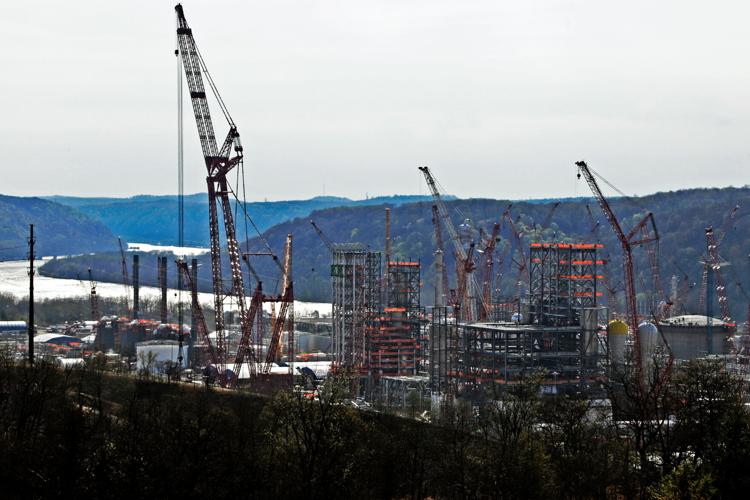 Pennsylvania is one of the largest net exporters of energy in the United States. It’s a fact that has been highlighted in energy circles – and politics – for years. But many who are pushing for changes in public policy when it comes to energy growth and development do not seem to comprehend the depths of what that means. In fact, many behave as if they are embarrassed by Pennsylvania’s global energy position.

The importance of energy production to the prosperity of the Pennsylvania economy cannot be overstated. Pennsylvania is fortunate that we have extensive energy resources including coal and natural gas. The commonwealth is the leading supplier of coal, natural gas, electricity and refined petroleum on the East Coast. More than 500,000 jobs exist within the commonwealth’s energy sector.

Success in the field of energy spurs economic growth. Affordable energy drives industrial development, creating an environment for the growth of family-sustaining jobs. The vast abundance of energy resources means Pennsylvania is a prime location for employers. Take, for example, the Shell Petrochemical plant in Monaca, Pa., which currently has a workforce of about 8,000 construction workers. Once completed, the $6 billion facility will use low-cost ethane from shale gas producers in the Marcellus and Utica basins to produce 1.6 million tons of polyethylene each year. Polyethylene is used in a range of products including food packaging and auto parts.

It is not only employers who enjoy low energy rates. Residential natural gas customers pay hundreds of dollars less per year as a result of the development of the state’s Marcellus Shale natural gas resources. With family-sustaining jobs and cheaper energy bills, Pennsylvania residents have more money to spend on other goods and services further bolstering our economy. It is in that financial security that we all begin to look to tomorrow and the impacts we are having on the environment. The importance of a flourishing economy to Pennsylvania’s successful environmental reforms cannot be overstated. People worried about where they are getting their next meal do not place significant importance on acting in a way that will protect our environment. They want cheap affordable products and energy.

The state Senate Environmental Resources and Energy Committee, on which we both serve, recently held a discussion with Dr. Scott W. Tinker, the state geologist of Texas. Dr. Tinker, who is also a professor holding the Edwin Allday Endowed Chair in the Jackson School of Geosciences at The University of Texas at Austin, made a presentation to the committee that highlighted how the economy and the environment intersect. As part of that, he spoke about how reducing the impacts of all forms of energy and addressing the environment as a whole will make energy affordable and reliable as well as equitable and sustainable.

Like it or not, energy efficiency comes with a higher price tag. Without the economic stability that comes with well-paying jobs, families find themselves opting for the conventional alternative that is cheaper. While  wind and solar energy are becoming more affordable to consumers, they is still more expensive than electricity generated from coal, nuclear, hydroelectric and natural gas. There’s also the intermittent nature of electricity produced by wind and solar.

We must also keep in mind that the development of the devices used to harvest wind and solar energy are hardly “clean” or environmentally friendly. The rare-earth minerals and metals needed to develop solar panels and wind turbines come with very real environmental costs that are not discussed often enough. Mining in Third World countries, which often uses child labor, is directly connected to the “clean” energy movement here in Pennsylvania. Yet, there is very little discussion about this among those pushing their environmental agendas.

We are proud of Pennsylvania’s energy policy that seeks economic and environmental progress through competitive markets instead of government subsidies. The competitive markets of the PJM Interconnection, which controls the movement of electricity for Pennsylvania, 12 other states and the District of Columbia, have encouraged investment in energy efficient technologies. The result is a decline in emissions both annually and in the long term. Between 2005 and 2020, CO2 emission rates fell 39% across PJM’s footprint; emission rates for nitrogen oxides are down 86% and sulfur dioxide 95%. As PJM reevaluates its successful wholesale energy market construction, we must ensure that Pennsylvania’s achievements are not undermined by the actions of other states who pick winners and losers by subsidizing energy resources.

Too often in today’s world, things are presented as all or nothing. This approach makes the interdependence of energy production, the economy and the environment seem like a strange notion. The reality is that energy production underpins the economy and allows it to grow, and a healthy economy allows us to invest in the environment.
Sen. Gene Yaw, the chairman of the Pennsylvania Senate Environmental Resources and Energy Committee, represents the state’s 23rd Senate District. Sen. Scott Martin, who is a member of the committee, represents the state’s 13th Senate District.
Share This: