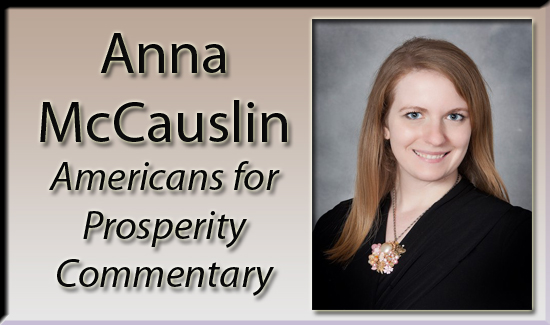 Earlier this month, Americans for Prosperity released a report that details the impact of the proposed gas tax currently being considered in Congress. This plan would increase the federal gas tax by 25-cents, on top of the 18.4-cent current rate for a new total of 43-cents per gallon.

That may not sound like a lot, but that isn’t the only tax on the fuel you use. States also asses gas taxes, and Pennsylvania’s is the highest.

If you’ve lived in the state since 2013, you probably remember the news stories detailing the largest tax in our history being passed. The $2.4 billion gas tax increase has been phased in over multiple years. Pennsylvania’s gas tax, at 57.6-cents per gallon, is still the highest in the nation – beating out traditional high-cost fuel states like California and Hawaii. Their fuel may cost more per gallon because of other factors, but it isn’t taxed more.

While the Pennsylvania gas tax bill was sold to constituents as needed to fund dilapidated roads and bridges, about half went to pay for many other things. Former Representative Steve Bloom from Cumberland County authored a bill that would have directed the money first to roads and bridges that needed repair, but that bill was rejected. In the end, only $1.5 of the $2.4 billion dollar increase funds roads and bridges, whether state or given to local municipalities for their roads and bridge work.

It’s true, Pennsylvania has infrastructure challenges. According to the most recent edition of the Pennsylvania Highway Statistics report released by the Pennsylvania Department of Transportation (PennDOT), the state highway system is made up of over 120,000 miles of roads. Ours is one of the largest systems owned by a state. Another 78,000 is owned and maintained by local governments. We do have a freeze and thaw cycle, which means the ground doesn’t stay frozen through the winter, it’s constantly warming and re-freezing. That wreaks havoc on pavement. To better pay for repairs, it would make sense to prioritize spending to roads and bridges. However, not every dollar of Pennsylvania transportation funding goes to roads and bridges, and it’s the same for federal highway transportation funding.

More than 28 percent of funds from the Highway Trust Fund are currently diverted away from roads and bridges. Still more taxpayer dollars are wasted on inflated costs due to outdated regulatory burdens, a complex and sluggish permitting system, and overly restrictive labor requirements. From the report, “Taxpayers have no reason to believe that these practices will stop with a higher gas tax – in fact, those behaviors may even accelerate with new revenue.”

Pennsylvanian households will spend $250 more per year to fund the proposed gas tax. Beyond mismanagement and corruption and direct costs to your wallet alone, the report reminds us of the true impact of gas taxes – increasing costs of nearly everything we purchase, from the things that are delivered on a truck or a local USPS carrier from Amazon or all other online retailers, to the groceries that we drive to the grocery store to purchase.

In Pennsylvania, if this plan were to pass, we’d spend $1.02 on every gallon we pump into our vehicles in taxes. For my 18-gallon SUV, that’s $18.36 in just state and federal taxes, pushing my weekly fill up to $60. I chose to buy an SUV to cart around my family and all of their stuff – I mean necessary car ride essentials. But what about the 5 million people in Pennsylvania that are classified as living in poverty or poor? When I filled my tank last week, the person before me spent only $10. At $2.95 per gallon, that was a little over three gallons of fuel, that doesn’t take you very far. If this gas tax is increased, that $10 will buy less gas, and $3.06 will be taxes alone.

What should men and women in Congress consider to use current dollars go further? Five points from the report:

Please go to americansforprosperity.org and sign our petition against the gas tax. Then, call your Senator and Representative to Congress and let them know you disagree with this plan. Or, make an appointment in their office and bring along a copy of the report. You can also share the report with them on social media. Better yet, do all three. Your voice is the best tool to be used to put Congress on the right path.

I’m Anna McCauslin, Deputy State Director with Americans for Prosperity. Find us on Twitter @AFPPennsylvania, and on Facebook at Facebook.com/FightBack for our national organization or Facebook.com/AFPPA for our local PA chapter.