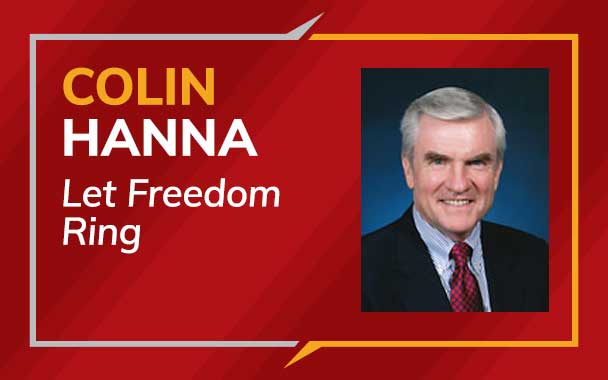 Media bias is not a new phenomenon, yet the fact that it’s a familiar one should not inure us to its significance or its corrosive effect on our culture.

Americans of all political persuasions decry the propaganda spewing forth from the Russian media in their coverage of the war with Ukraine. It is one of the few major current issues that unites us. We ask ourselves how long it will take before the Russian people catch on to the fact, the incontrovertible fact, that they are being lied to. How many coffins bringing their children, and their neighbors’ children, back to Russia will it take before they conclude that the war cannot be going well? When will they realize that their media are practicing propaganda, not journalism? How many charges of war crimes against their military will slip through Putin’s iron clamp on news content? In the darkest days of the Soviet Union, there were radio broadcasts that had a sizeable audience and were widely perceived by the Russian people as truthful. With today’s Internet and satellite radio, the Russian government’s most heavy-handed suppression of outside news cannot succeed even as well as in the Soviet days.  So, it is reasonable to ask, when will the truth crash through the propagandistic barriers? It must happen. It may happen soon. But eventually, don’t we all believe that ultimately it will happen?

And yet we are nearly blind to biased news coverage in our own country. How long will it take before we conclude that our media are often practicing propaganda, not journalism? One perfect example is the mainstream media’s argument for dismissing the validity of the documents from Hunter Biden’s laptop. Not only did the Washington Post and the New York Times huffily imply that it could all be fake, maybe even Russia-directed disinformation, they then uncritically endorsed a letter signed by 50 former intelligence community executives who implied, without a single shred of evidence, that the whole laptop episode looked like Russian disinformation. Now two years later, the Post Editorial Board asked “Why is confirmation of a story that first surfaced in the fall of 2020 emerging only now?” So how does the Post editorial Board respond to its own question? By justifying its unbalanced actions two years earlier, in spite of the later validation of the laptop’s contents, rather than apologizing for its error of judgment. Listen to this drivel, and I quote from the Editorial Board:  “There was reason … for reluctance on the part of the publications [including the Post] … [They] had been the unwitting tools of a Russian influence campaign in 2016, and it was only prudent to suspect a similar plot lay behind the mysterious appearance of a computer stuffed with juicy documents and conveniently handed over to … Rudy Giuliani.”

Newspapers are supposed to be skeptical about everything as an aid to pursuing the truth, not as an excuse not to pursue the truth. They were unskeptical when the targeted victim was Donald Trump, and they were highly skeptical when the targeted victim was Hunter Biden and, by extension, his father. The Post also repeatedly invoked the word “hack” as if unknown persons had posted information of unknown provenance on the web. Holman Jenkins in the Wall Street Journal asserts that filling a laptop drive with hundreds of thousands of fake documents would be ridiculously disproportionate to any aim the Kremlin might hope to achieve. The Kremlin has easier ways to put fake information into circulation.

The job of so-called “newspapers of record” is to establish the truth or falsity of important matters in the public sphere, and whether the laptop was real or not certainly qualified.

The two most significant trends in the media in the 21st century are the gradual but irreversible decline in newspapers, and journalism along with them. The greater loss is the decline in the standards of journalism as nearly all media — print, online, cable and broadcast — all drift away from upholding the search for truth and towards partisan or ideological advocacy. The egregious and willful blindness of most media towards investigating Hunter Biden’s unethical and potentially illegal business dealings revealed on his laptop is a perfect example of the apparently inexorable trend towards such bias.