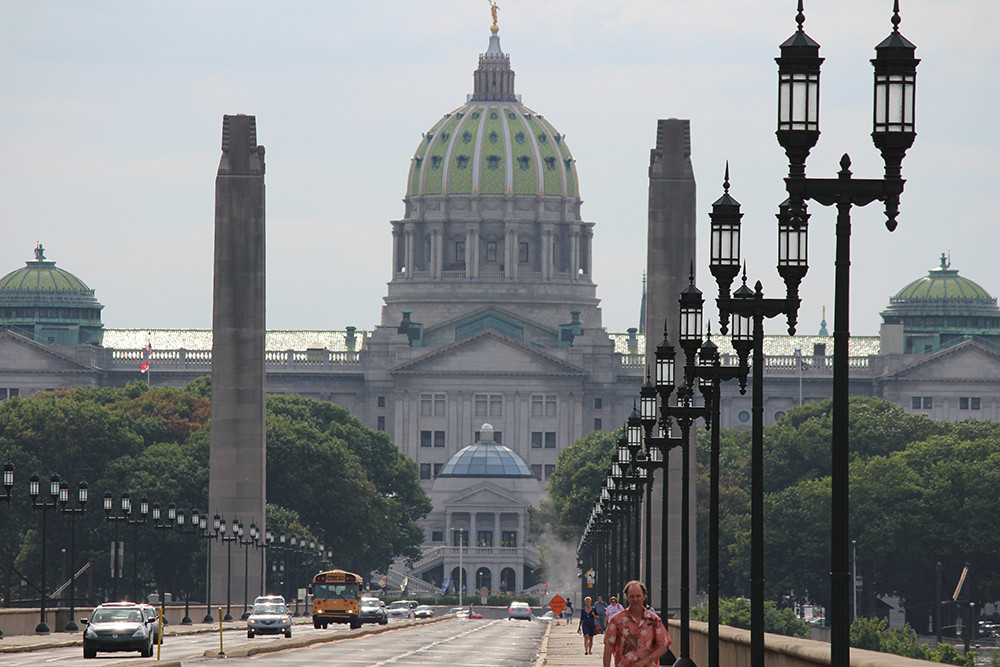 A group of Pennsylvania state lawmakers continues to look at the commonwealth’s tax structure with a focus on the state’s corporate taxes.

House Finance Subcommittee on Tax Modernization, tasked with updating the state’s revenue code, met this week to look at some of the ways the state takes in money.

Currently, the state focuses 100 percent on sales in the state when determining how much tax a C-class corporation will pay, based on a decision made by lawmakers in 2012.

“The policy reason given for that is it provides an incentive for businesses to locate in Pennsylvania, because if they are in Pennsylvania and they have operations in Pennsylvania, the payroll and property they have is not going to factor into their percentage on which they are going to be taxed,” said Michael Hussey, a professor at the Widener University Commonwealth Law School in an appearance before the subcommittee.

State Rep. Russ Diamond, R-Lebanon, asked if the 100 percent sales model is working for the commonwealth.

“That is the open question that think tanks are all debating – whether it does that or not,” Hussey replied.

The formula provides a break for businesses already located in the state, but it can be unfair to small businesses that primarily sell their goods and services only in Pennsylvania, Hussey said.

Many states are requiring corporations to go to a combined reporting model, which takes into account revenues in other states, he told the committee.

In another vein, Rep. Mary Jo Daley, R-Montgomery, has proposed a bill that would lower Pennsylvania’s corporate tax rate from 9.99 percent, the highest in the country, to 5.99 percent by 2024. However, multistate corporations would be required to use combined reporting, which takes into account all of the corporation’s revenue.

“Economists and tax experts alike have consistently told us that in order to sustain a fair and competitive tax structure, we should widen the base and then lower rates,” Daley said in the bill’s memo. “Modernization is clearly the key to success and making these changes is a critical next step.”

Twenty-seven states and the District of Columbia already require combined reports from corporations when considering taxes.

The committee also discussed how the state views net operating losses. The Internal Revenue Service gives corporations in the red a tax break, but Pennsylvania does not follow the IRS model.

Committee Chairman Keith Greiner, R-Lancaster, noted that the discussion was only focusing on C corporations, which account for 7 percent of the state’s tax base. Other forms include S corporations, limited liability corporations and sole proprietorships.