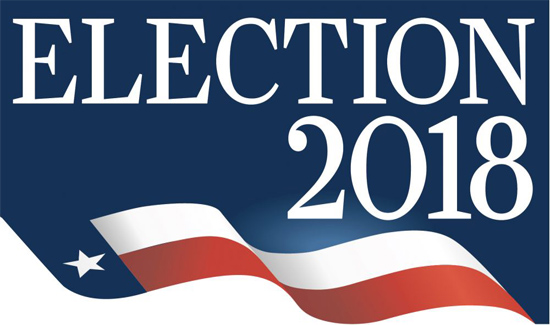 If Democrats take the House next month, they’ll owe a debt to public-sector unions in Pennsylvania. Because of court-ordered redistricting, Democrats have a shot at flipping at least five of the Keystone State’s 18 congressional districts.

Last year the League of Women Voters filed a lawsuit alleging that the state’s congressional map was rigged in favor of Republicans. The action was part of a broader effort backed by the National Democratic Redistricting Committee, launched in 2017 by former Attorney General Eric Holder.

This January the Pennsylvania Supreme Court ruled in favor of the plaintiffs and ordered the GOP-controlled Legislature to draw a new map within 18 days. Democratic Gov. Tom Wolf rejected the new map. Weeks before the May 15 primary election, the state Supreme Court imposed its own map. The U.S. Supreme Court declined to intervene in the case.
What does this have to do with government unions? Start with the 2014 gubernatorial race, in which Mr. Wolf defeated incumbent Republican Gov. Tom Corbett. Government unions poured more than $4 million into Mr. Wolf’s campaign, including more than $1 million from the Service Employees International Union and $800,000 from the Pennsylvania State Education Association. All told, government union contributions made up nearly 20% of Mr. Wolf’s fundraising in 2014. Since then, these unions have given the governor, who is seeking re-election this year, an additional $5.8 million.

The clincher in all this is that the only reason these unions continue to wield such influence is that Pennsylvania taxpayers are forced to finance their political fundraising apparatus. Under Pennsylvania law, government unions—and only government unions—can use the state’s public payroll system to deduct both union dues and political-action committee contributions from government employees’ paychecks automatically.

If Pennsylvania gives the Democrats a House majority this November, pundits and media alike will credit anti-Trump sentiment. Instead, Democrats should send thank-you notes to Pennsylvania’s government unions.

Mr. Brouillette is president and CEO of Commonwealth Partners Chamber of Entrepreneurs.