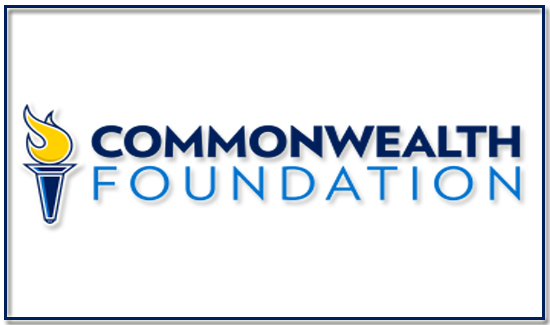 For most of Gov. Tom Wolf’s administration, the state budget process has been contentious at best and downright hostile at worst.

But this year was a sharp contrast. Wolf signed a state budget for the first time–more than a week early. Gone was the usual political squabbling, as legislators and the governor smiled their way through the process.

Can you tell it’s an election year?

Now that the dust has settled and lawmakers have traded Harrisburg for the campaign trail, it’s time to assess the impact of this kumbaya budget deal.

The final budget included no new taxes on working families, and that’s reason to celebrate. This despite Wolf’s push for $250 million in new taxes on natural gas on top of the fees and taxes drillers already pay–which would lead to higher heating costs and lost jobs. Wolf has now proposed or supported 11 tax increases since taking office.

Pennsylvania families saw another big win as the budget raised the cap on the Educational Improvement Tax Credit–which allows businesses to redirect some of their tax obligations to fund private school scholarships–by $25 million. More than 50,000 students were denied education opportunity under current tax credit scholarship caps.

While this increase is one of the largest in the program’s history, tens of thousands of students will remain trapped in the low-performing schools.

In February, Wolf said he wants to, “make sure that your zip code doesn’t determine what kind of education you can get.” If he truly believes in this worthy goal, he should embrace more educational choice for low-income families.

In a boost to economic growth prospects, policymakers also fixed how the state tax code handles depreciation. The law overturns a Department of Revenue ruling disallowing the deduction of capital business expenses. Thankfully, lawmakers realized this ruling, a reaction to federal tax cuts, made it next to impossible for Pennsylvania to compete for manufacturing investment and jobs.

Unfortunately, the budget deal did little to control spending. Last year’s borrowing allowed lawmakers to put off many tough decisions. Plus, the budget relied on several hundred million dollars in one-time revenues and concealed additional spending in off-book funds called the “shadow budget.”

Meanwhile, cost drivers such as human services increased faster than the state’s economy. On top of that, debt payments on more than $1 billion in borrowing begin next year, costing nearly $200 million annually.

All told, this makes for a difficult budget year in 2019. If lawmakers come asking for a multi-billion tax hike next year, you’ll know why.

To truly put our state’s finances back on solid ground, spending limits are a must. The Taxpayer Protection Act (TPA) would allow for manageable spending increases–preventing overspending in boom years and the resulting need for tax hikes during recessions. Unfortunately, the Senate missed the opportunity to act on a constitutional amendment, passed by the House, which would establish the TPA.

This budget contains no broad-based tax or fee increases, but boosts spending through the state’s main bank account by $700 million.

Spending limits aren’t the only way to improve Pennsylvania’s outlook. Work requirements for benefit programs like Medicaid and food stamps are a proven solution to poverty. HB 2138 and HB 1659 represent such reforms and would add hundreds of thousands of Pennsylvanians to the workforce, greatly improving their economic well-being while helping to fill more than 200,000 open jobs in the state.

Sadly, these bills, along with other substantive reforms to the budget process, were also left on the table.

Lawmakers must resist the temptation to craft a patchwork budget. Instead, they should pursue a long-term vision for economic growth. That means enacting tax and regulatory reform that makes our state competitive, while expanding school choice to ensure the next generation is equipped to succeed.

While this budget doesn’t raise taxes and includes some significant wins for families, too many missed opportunities means it won’t be remembered as the year Harrisburg finally got its act together. Our representatives have a chance for a course correction next year–if we demand they make it.

Nathan Benefield is vice president and COO for the Commonwealth Foundation, a conservative think-tank in Harrisburg.