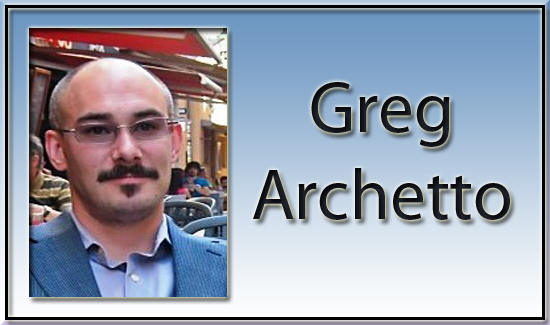 By Kim Stolfer and Greg Archetto

A recent Capital-Star op-Ed jointly authored by CeaseFire Pennsylvania and the Education Law Center took aim at legislation that had been passed by both the Pennsylvania House and Senate (SB621) which focuses on school security.

While this legislation was recently signed into law by Gov. Tom Wolf, their issue is the supposed diabolical plan to “arm teachers” in schools, despite no such language being included in the bill.

Of specific concern is language creating “school security guards” which these organizations feel could be a “back door” to arming teachers and other school staff.  We still feel it is important to address these fallacies put forth, in this joint op-Ed.

First of all, the legislation sponsored by Sen. Mike Regan, R-Cumberland, does not require anyone to carry a firearm.  It has stringent training requirements for those authorized to do so.  To those worried that a “math teacher” could be considered a “security guard,” is not the difference between an armed and well-trained security guard versus and armed and well-trained teacher simply a snappy uniform?

The second bone of contention with Regan’s bill highlighted in the op-ed is that “language limiting authority of school districts to arm personnel is stripped.”

Break out the fainting couches and cue the audible gasps.  In reality, this is a teachable moment for the constitutionally-challenged, one where we can articulate the concept of subsidiarity, whereby most social and political issues should be dealt with at the most immediate or local level.

Are we to believe that a school in West Philadelphia has the same needs/challenges as a school in rural Central Pennsylvania?  Top-down, one-size-fits-all laws seldom work.  Leaving flexibility to individual schools makes the most sense.

Maybe the most evidence-free portion of their screed was the assertion that SB621 “will heighten the threat of gun violence for all students and staff, particularly for students of color and students with disabilities.”  How did they come to this conclusion?  Can they show their work?

Let’s examine the reality of schools in America today and what CeaseFire PA does ‘not’ want you to know:

Eric Dietz, the former director of Homeland Security for the state of Indiana, and now a professor at Purdue University, researched mass shootings from the 1950s on. He discovered that only two of them occurred where guns are legal to be carried.

He outlined his findings in an April 2018 opinion piece for the Indianapolis Business Journal.

Think about that: every mass shooting in the United States since the 1950’s except two have occurred in gun-free zones where a ‘complete gun ban was in place’.

Their op-ed is typical scaremongering of the gun control set and indicative of their allergic reaction to individual responsibility.

The safety of our children is all of our concern, as parents, teachers, administrators, as well as law enforcement.   There simply aren’t enough resources to station a police officer at every school.  Even if there were, are the optics of children glumly marching to class under the watchful eyes of armed guards really something you want to convey?

Because that’s what it looks like on the inside of a prison.

We believe all these things are incontestably true: That criminals prefer unarmed victims; that gun-free school zones are the real hazard, because not only will a silly sign not deter violence, it’s an advertisement for evil people to do evil deeds consequence free; that, when seconds matter, police will be there in minutes; that the first line of defense in any active shooter scenario is you, and that  just as no one spends other people’s money as carefully as he spends his own, no one is as vested in my self-preservation as I am.

Kim Stolfer is President of Firearms Owners Against Crime a gun-rights organization based in western Pennsylvania. Greg Archetto, of Bucks County, is a former U.S. Senate aide and former U.S. State Department and Defense Department official who specializes in security cooperation issues in the Middle East.