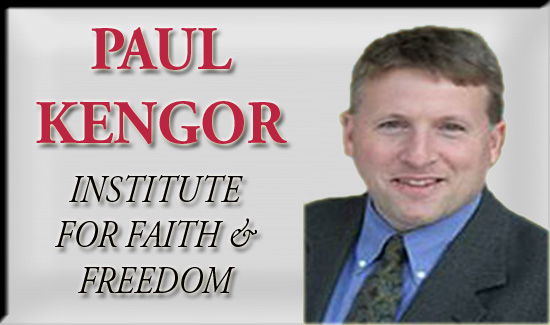 Rebekah Koffler, a Russian-born U.S. intelligence expert who worked for the CIA and Defense Intelligence Agency, and author of Putin’s Playbook, speaks of an episode in the life of Vladimir Putin growing up in the 1960s in a communal apartment in Leningrad. “To get to his apartment on the fifth floor,” writes Koffler, “young Putin had to run up the flight of stairs, infested by hungry rats. Armed with a stick … he eventually decided to observe their behavior.”

Putin spent hours confronting rats. Once, he cornered a particularly huge rat. With nowhere to go, it lashed out at him. A frightened Putin fled, vowing to never back down again. “During his life and career,” observes Koffler, “Putin has had several ‘cornered rat’ moments, which have shaped his thinking and behavior.”

What the world fears right now, of course, is Putin himself becoming cornered. How might he lash out?

President Joe Biden has urged utmost caution not to provoke Putin and prompt World War III. He vetoed any actions to provide fighter jets to Ukraine as well as U.S.-NATO enforcement of any no-fly zone. Recently, however, Biden’s caution has given way to bolder and sloppier statements.

He first suggested that Putin using WMDs might draw America into Russia’s war. When asked about NATO’s response if Russia used chemical or biological weapons, Biden said we would “respond in kind.”

When he went to Poland, Biden seemed to suggest to U.S. troops that they would be fighting Russians in Ukraine. He muttered: “You’re going to see when you’re there … you’re going to see women, young people, standing in the middle, in front of a damn tank, saying, ‘I’m not leaving.’”

This rhetorical gem was not exactly Reagan or Kennedy in Berlin.

A White House spokesperson quickly clarified: “The president has been clear we are not sending U.S. troops to Ukraine and there is no change in that position.”

Here again, Biden was immediately corrected, this time by Secretary of State Antony Blinken, who insisted: “We do not have a strategy of regime change in Russia.”

Biden refuted his own words once home. On the following Sunday, after leaving church, a reporter asked him: “Mr. President, do you want Putin removed? Mr. President, were you calling for regime change?” Biden muttered “no” before getting into his car.

For good measure, Biden called Vladimir Putin “a butcher.” That prompted French President Emmanuel Macron to publicly warn Biden: “We must not be in the escalation, of neither words nor actions.”

Of course, Biden is right. Putin is a butcher, and removing Putin is the solution. Lindsey Graham said as much. But Lindsey Graham is a senator. The president of the United States needs to be more prudent in his words. In fact, this was why, liberals told us, we badly needed a president like Joe Biden rather than loose-lips Donald Trump, given Biden’s decades of experience on the Senate Foreign Relations Committee. He would have greater tact.

But as even many liberals surely fear, an unscripted Joe Biden in the year 2022 doesn’t seem up to that task. Don’t be surprised if his staff cloisters him from the media, heavily restricting future off-the-cuff statements.

After all, you don’t want to poke a cornered rat.

For American Radio Journal, I’m Paul Kengor. Thanks for listening.