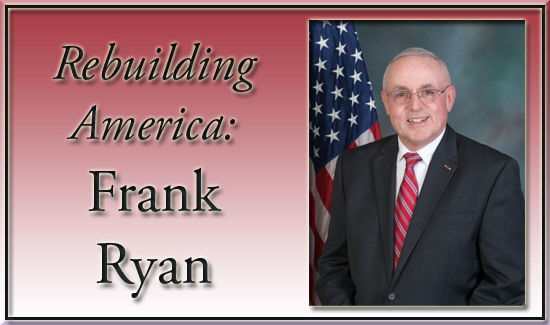 The American Revolution was fought in order to allow the American colonies the right to determine their own future.

The Declaration of Independence detailed a litany of grievances against the King of England.

In reading the list of grievances in the Declaration, I could not help but notice how many of those grievances apply to our state governments today.

When I hear the American press and many within the progressive community assert their fondness for the “American Royalty” better known as political familial royalty or political dynasties and their absolute adulation for certain families within our society, I often wonder if the ideals of the American Revolution have not been fully resolved.

In a twist of irony, in a recent court case in Pennsylvania, the Governor appealed directly to the Supreme Court in order to preserve his dictatorial powers over his subjects under a provision called a King’s Bench authority an appropriate title considering the circumstances. In the PA case, the court ruled 5-2 that a procedural part of the PA Constitution superseded the rights inherit in the rights of its citizens.

Plato argued for a philosopher king.  American progressives argue for a political/intelligentsia king of sorts.

In seeing the great divide in our nation today and recognizing that many of those grievances against the King of England apply against many state governments, it appears as if many progressives prefer the tyranny of a dictator to the freedoms to embrace the challenges of life for the betterment of our families.

Those of us that support the right of self-determination and the rights of life liberty and the pursuit of happiness are struggling to sort out the confusion and make sense of where our states and our nation are headed.

The irony is that former President Obama railed against the colonial systems of years gone by yet many progressive governors are creating an almost identical “colonial” America today.  The media seems more at ease with a monarchy style government of a dictatorial nature than they do in a free enterprise system.  Of course, as long as it is a cause that they support.

That very same press, however, basks under the cloak of the very freedoms given them by the founding fathers yet seem to rail against the same system which created these freedoms.

The intelligentsia at the universities likewise seem to favor a nepotism style system as well. It benefits them.  It is not realistic to expect that they would try to end the very system that feeds them.

The logical conclusion is that those currently “ruling” state capitols is that they do not want any competition!  They want to return to a “dictator” style government ruled by the “ruling” class in which government knows best.

The press, the University system, liberals, and others supporting a “benevolent” dictatorship seem to believe that you are incapable of making your own decisions. That is truly why they believe they are in a better position to decide for you. They know best!

In the mindset of the monarchists of America today, you should just sit back and let them take care of you as long as you promise not to attempt to join them.

If only those that were poor would understand, that “monarchists” feel sorry for you because you are not capable of taking care of yourself in their collective wisdom and mindset. They know better than you and you need to allow them to care for you since you are not capable of doing it yourself. All you have to do is surrender your freedoms.

At the British surrender in Yorktown, the American Revolution ended.  Or did it?

It is now more important than ever that we believe in the right of self-determination, exercise our rights and our freedoms and demand that we be heard.   If we fail, the grievances listed in the Declaration of Independence will seem insignificant compared to the grievances that we will have when we lose our freedoms.

The ideals of the American Revolution have not ended.  The ideals are vibrant, viable, and personal and they shall live on forever in the hearts of those desiring to be free. Free people must always live in freedom. We can never allow that to be taken for granted.

It is time to vote! To get active! And to demand to be heard!

Frank Ryan, CPA, USMCR (Ret) represents the 101st District in the PA House of Representatives.  He is a retired Marine Reserve Colonel, a CPA and specializes in corporate restructuring.  He has served on numerous boards of publicly traded and non-profit organizations.  He can be reached at [email protected]