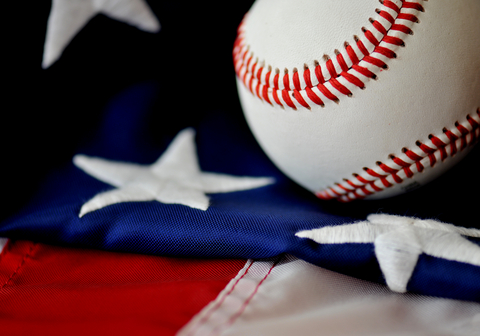 EJackie Robveryone knows about the bravery Jackie Robinson exhibited in April 1947,” declares Eli Lehrer, executive vice president of the History Channel, as he promotes its upcoming series titled “After Jackie.” Most Americans do know about this aspect of Robinson’s life. But many other aspects of Robinson’s life are not well known, especially the depth and importance of his faith.

As Major League Baseball celebrates Jackie Robinson Day on April 15, the 75th anniversary of his first game with the Brooklyn Dodgers, Americans know that Robinson was the first African American to play professional baseball since the 1880s. Most Americans know that his courageous, pioneering efforts helped pave the way for black people to also play in the NFL, the NBA, and to participate in major tennis and golf tournaments and other sports.

But do most Americans know about Robinson’s troubled childhood, his court martial by the Army during World War II, the full extent of the obstacles he faced in integrating MLB, the many contributions he made to American society after his retirement from the Dodgers, or the impact he had on the larger civil rights struggle?

Growing up with his mother Mallie and four older siblings in Pasadena, California, Jackie experienced grinding poverty and extensive discrimination. He joined the multiracial Pepper Street gang whose members were rowdy and mischievous but not violent.

Mallie was a devout Christian whose faith directed her life and empowered her to improve her family’s circumstances. “I often wonder what would have happened to me and the rest of our family,” Jackie asserted, “if it hadn’t been for her faith.” Nevertheless, despite his athletic achievements in high school and at Pasadena Junior College, Robinson was frequently detained at the Pasadena police station for his delinquent acts and was heading down a path more likely to lead to prison than baseball stardom.

As Jackie turned 19, a new, young minister, Karl Downs, became the pastor of the Scott Methodist Church in Pasadena where Robinson had been reared but was no longer attending. Their relationship transformed Robinson’s life. Downs convinced the athlete to leave gang life and strongly influenced his worldview and response to discrimination. Downs persuaded Robinson to return to church, helped him develop a strong faith, and recruited him to teach Sunday school.

In 1944, a civilian bus driver ordered Robinson, a second lieutenant in the Army, to move from the middle to the rear of the bus. Aware of the federal policy that prohibited segregation on Army buses, Robinson refused to move. Robinson’s subsequent defense of his actions led to his being charged with insubordination, conduct unbecoming an officer, and disturbing the peace.

Robinson and his supporters sought help from the NAACP, California’s two U.S. senators, and the black press to ensure that his trial received national attention. Robinson’s talented defense counsel, his own articulate testimony, the Army’s recognition of the widespread interest in the proceedings, and the soundness of the military justice system led military judges to acquit him of all charges.

Robinson’s composure during his military trial sprang in large part, biographer Arnold Rampersad argued, from “his faith in God; he said his prayers on his knees at night before going to bed, as he would for many years to come.” Had Robinson been convicted, Branch Rickey, the general manager of the Brooklyn Dodgers, would not have chosen him to integrate Major League Baseball. Rickey, a devout Methodist, decided that Robinson was the best candidate to break MLB’s color barrier because of his temperament, athleticism, life experiences, and their shared Christian faith.

During the 1947 season, Robinson’s faith helped him endure the jeers, catcalls, and race-baiting taunts, the beanballs and cleats launched at his shins, chest, and chin, the tomatoes, watermelon slices, rocks, and Sambo dolls hurled at him from the stands, the discrimination off the field in hotels and restaurants, and the death threats to him and his wife Rachel. Every night of his rookie season, Rachel reported, her husband knelt in prayer beside his bed to ask God for strength. Jackie told a teammate, “Many nights I get down on my knees and pray to God for the strength not to fight back.”

Robinson’s faith helped give him the moral foundation and courage to battle social injustice in both baseball and American society. He insisted that the essence of Christianity was “people having faith in God, in themselves and in each other and putting that faith into action.” Robinson lived out his own faith by helping others. He raised funds for numerous charitable causes, participated in many religious activities, and spent many hours during the off season as a coach and counselor with the Harlem YMCA.

After retiring from baseball in 1956, Robinson arguably broke more barriers than he did as a player. Through his civil rights, religious, and political activism and his business positions and enterprises, Robinson helped provide many opportunities for people of color. Motivated by his faith, Robinson became a prominent civil rights spokesperson and activist during the last 16 years of his life. He helped lead several civil rights marches, wrote hundreds of columns on social and political issues for the New York Post and the New York Amsterdam News, gave dozens of speeches and sermons, participated in numerous Republican Party political campaigns, and labored energetically to provide better schools, housing, and jobs for African Americans.

Robinson often stressed that God suffered with the oppressed, victims of racial prejudice, the vulnerable, and captives. He spent much of his post-baseball years fighting to improve the welfare of these groups. Robinson contended that the church had a pivotal role to play in the battle to procure black rights and frequently praised the work of African-American ministers.

Robinson’s faith clearly helped sustain him as he faced the taunts, insults, and the immense pressure involved in integrating MLB. “I believe in God, in the Bible,” he declared, “and in trying to do the right thing as I understand it.” His faith, nurtured and nourished by his mother, Branch Rickey, Karl Downs, and other minister friends, helped shape his character and motivated many of Jackie Robinson’s actions in both the baseball and civil rights arenas.

Gary Scott Smith is the author of the forthcoming “Strength for the Fight: The Life and Faith of Jackie Robinson”