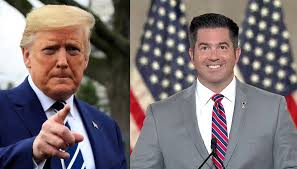 (This article first appeared at www.smerconish.com)

Sean Parnell recently snagged the endorsement of former President Donald Trump for the GOP nomination for U.S. Senate in Pennsylvania. A decorated Army veteran and best-selling author, Parnell was also endorsed by Trump in his unsuccessful 2020 congressional race against Conor Lamb in PA-17 – so this latest Trump endorsement was not a total surprise.

But a recent state-wide survey my firm, Eagle Consulting Group, conducted in the Keystone State details the advantages and disadvantages for Parnell now that he has been endorsed by Trump for a state-wide race. Simply put: Pennsylvania as a whole is less “Trumpy” than the 17th C.D.

Namely, such a nod can provide a significant boost in the crowded GOP Senate primary in which Parnell now finds himself, but it will also present an impediment in a contested purple state general election, should he get there. CNN ranks this Senate seat ­­– being vacated by retiring incumbent GOP Sen. Pat Toomey – as 2022’s most likely to flip.

In our mid-August live-caller survey of 614 likely general election voters, 66% of Republican voters agreed that if Trump supported a candidate for office, “I would support that person;” 27% of GOP’ers disagreed. That will serve as a plus to Parnell in the May 2022 primary. But among all voters, just 37% agreed with that same statement while 58% disagreed (50% strongly disagreed).

Not surprisingly, 76% of Fox News viewers agree that if Trump endorsed a candidate, they would support them – that drops to just 6% among CNN viewers.

In the Philadelphia media market – comprised of the city, the four suburban counties, and the three exurban counties of Berks, Lehigh, and Northampton – barely 29% of all voters would support a Trump-endorsed candidate. Just 33% of voters in the Pittsburgh media market would do the same.

Only in the Scranton and Johnstown-Altoona media markets – home to fewer than 20% of Pennsylvania voters – do a majority agree to support a candidate endorsed by the 45th President.

So, the conundrum facing a GOP candidate like Parnell in this purple state is: how to best exploit the nod from Trump in the Republican primary, both politically and financially, while not simultaneously closing the door on his chances in November.

Several of his potential Democratic opponents have already lit into him for receiving Trump’s endorsement; his once and perhaps future opponent Cong. Conor Lamb, a recent entrant into the Senate race, attacked him on social media just several hours after 45’s pronouncement.

Having run multiple state-wide campaigns in Pennsylvania, including two for Senate, it’s clear to me that overall Democrats have an easier time winning such races here. Remember that they outnumber Republicans in the state by about 500,000 voters, so they don’t need a single GOP vote to win. That allows them to run mediocre races without wide appeal and still win. The GOP must attract a solid number of Independent and even Democratic voters to win, given that only 40% of Pennsylvania voters are registered Republicans.

More than 28 candidates, according to Ballotpedia, have declared a run for the Senate seat here. In the last race for this seat, when Toomey beat Democratic nominee Katie McGinty by a 48.8% to 47.7% margin in 2016, Toomey did not declare his support for Trump until Election Day. And he recently said that Trump should not serve as the GOP standard-bearer in 2024.

That 2016 Toomey-McGinty race set the record for the most money ever spent in a Senate race and also featured Trump as a key player – 2022 is set up to be a repeat of both.

Christopher Nicholas, President of Eagle Consulting Group, Inc., is a veteran GOP political consultant based in Pennsylvania. He worked on Sen. Arlen Specter’s final four re-election campaigns and managed the 2004 and 2010 races. Eagle is celebrating its 30th Anniversary this year. Follow Chris on Twitter at @Eagle63.