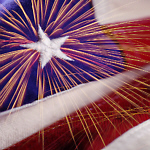 A PUBLICATION OF THE WESTMORELAND COUNTY CONSERVATIVE COALITION

OUR JANUARY MEETING WILL BE TUESDAY, THE 21st

Four years ago in January, 2016, I wrote, “We all have a habit of saying that ‘this year will be the most important election in our lifetime’”. That was true at that time and by God’s grace, we were able to elect Donald Trump, hence the great results we have seen in America under his Presidency. The thought of a corrupt Hillary victory chills the soul, but here we are four years later and again facing “the most important election in our lifetime!”

To start the Battle of 2020, our January meeting will feature a double-barreled agenda with newly elected Republican Commissioner Doug Chew as our first speaker at 7:00 PM. Doug will lay out his plans on how to make Westmoreland County more job friendly and productive and keep our taxes low. He will also answer questions and wants to meet fellow conservatives at the meeting.

Doug will be followed by Chris Merola from the Faith and Freedom Coalition of PA. Chris is the Western PA director and will explain why Westmoreland County and surrounding areas will be the key to re-electing Donald Trump this year. The Faith and Freedom Coalition is headed by Ralph Reed, who was the director of the Christian Coalition 25 years ago and was instrumental in the Republican takeover of Congress in 1994.

The meeting will be held at the “WAREHOUSE”, located at 2230 Boyd Road in Murrysville behind Cornerstone Ministries. We will begin at 7:00 PM, and I urge you to bring friends and neighbors to learn how we all can unite to “Keep America Great” and help Westmoreland County!

January is membership month for the Conservative Coalition. The results of 2018 are still haunting America and that was on full display in 2019 with the Circus lead by Pelosi, Schiff, Nadler, ad nauseum, wasting so much time and money pursuing the impeachment hoax. Despite the Democrats’ roadblock efforts, Trump managed to accomplish many milestones with the economy at record levels, energy flowing more smoothly than ever before, curtailing illegal immigration with tough policies, agreeing to move our embassy in Israel from Tel Aviv to Jerusalem, strengthening our military and many other areas fulfilling most of his campaign promises.

One can only imagine how great America could be if the Democrats were out of power. That is why we need all hands on deck to remove this socialist menace and set the stage for a huge comeback in the 2020 elections. Therefore I ask you to consider joining the Conservative Coalition in 2020 so we can continue to support President Trump and help him “Drain the Swamp.” 2020  offers us clear vision to see what has to be done.

We are keeping our membership rates the same for another year and trust you will be inspired to join with us. Please make your check out to WCCC and mail it to Don Thomson  160 Maus Drive  Irwin, Pa   15642.

Another great patriot was Jack Sharbaugh from Acme. He and his wife Evie were faithful supporters and prayer warriors and Evie is still carrying on the battle for the unborn. Like Ross Miller, the Sharbaugh name will live on through the many children and grandchildren Jack and Evie nurtured and loved and raised in the Spirit of the Lord!

On January 10th, our good friend Bob Sober went to be with the Lord. He and his wife Laverne were in the battle for over 40 years and were champions when it came to the unborn, good education, exposing the United Nations and many other issues affecting America. Knowing Laverne, we believe that she will continue the fight until she is reunited with Bob in their heavenly home!

Despite a number of health issues both have had during the last few years, they usually attended every one of our Coalition meetings, including the one last November when we showed “UNPLANNED” exposing the evils of Planned Parenthood. The Sober name will live on as their children likewise have been raised in the nurture and admonition of the Lord!

Pray for the families of these Christian men and ask God to give us more fighters to replace them!

I also wonder how many of the Jews who were injured in a machete attack the evening before in a rabbi’s home in New York wished there had been a Jack Wilson there to stop the scumbag attacker. What a difference between Texas and New York!!

So Iran, in trying to teach the U. S. a lesson, fired a number of rockets into our compounds where very little damage occurred and no casualties happened. BUT, at the same time these rockets are being fired, an ill-fated jet liner heading from Tehran to Kiev is hit by several missiles and all 176 unfortunate souls are slaughtered! After several days, Iran admitted to a “disastrous mistake.” I think it exposed their vaunted missile program to be overrated and their efforts to get a nuclear bomb on shaky ground.

At least 60 Canadians and over 70 Ukrainian citizens are among those killed. Thank God no Americans were on board as Trump said if any more Americans are killed by Iran’s actions, there will be hell to pay! With the elimination of Soleimani, I do believe the Iranian leadership got the message that Trump means business and maybe aren’t sleeping too well at night!

Allow me to revisit Iran having a nuclear weapon for a minute. IF Iran had the bomb, who doubts they would try to use it on Israel or the United States, regardless of the consequences?

Their crazed religion believes that a worldwide conflict is needed to bring back the Madhi from some 7th century well he was placed in 1400 years ago, to bring peace and justice on the earth!

At the same time, if Trump or even our previous leaders are “Satan,” according to the Mullahs and the rest of the Arab world, who doubts we could wipe them off the face of the earth if we had the desire! Iran and other nations in the Middle East publish revised maps with Israel nowhere on it and this is what they are teaching their children in school!

Of course, the Democrats and a few Republicans were bent out of shape because they weren’t informed by Trump’s lawful actions to take out Soleimania, but the vast majority of the American people believe anytime we can rid the world of these killers, let’s do it!

With all the leaking and enemies that Trump has in Washington and elsewhere, why would he want to tell Schiff, Pelosi, Schumer and others about anything so sensitive?

The Media never tells the story of how the Obama/Biden team gave $150 billion to Iran in the infamous Iran Nuclear Deal. Joe Biden says this was Iranian money that was frozen and they were just releasing their own money back to them. Even if that is true who would be so stupid (or treasonous) to give anything to a known terrorists regime like Iran? And then for good measure they loaded up a pallet with cash and sent that to the Mullahs as a sweetener to the deal! Instead of being used to build up the Iranian society, most of the money was used to sponsor terrorism around the world and enhance the very nuclear program that the “Deal” was supposed to stop. Be thankful that Donald Trump is on the job, keeping America safe, and we must work day and night to see that he is elected President for FOUR more years!

Do you see a trend that no matter where in the world some tragic incident or disaster occurs, the first reaction is to blame Trump. But now it appears that this inferno in Australia IS the fault of man, namely several dozen arsonists who have been arrested. All of a sudden the environmental wackos have to back off their wild claims as a truly evil human element has fouled up their narrative.

This is nothing new as fires in California and South America and elsewhere have been intentionally set by eco-freaks and other terrorists for a variety of reasons.

Speaking of “Global Warming”, I’m writing this on January 11, 2020, and the temperature in Pittsburgh is 71 degrees! It broke the record set in 1890!! What created “Global Warming” 130 years ago!! Could it be that we science deniers are right that the earth is subject to warming and cooling cycles that have been in effect since God created all things?

The last page of this newsletter shows a circular the ACLU is spreading around the border areas in AZ, NM, CA and TX. If there was ever a wakeup call to BUILD THE WALL this is it!!

IF ICE AGENTS DHOW UP AT YOUR DOOR: