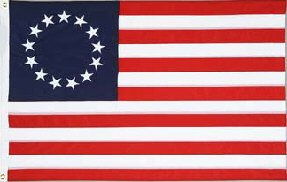 A PUBLICATION OF THE WESTMORELAND COUNTY CONSERVATIVE COALITION

OUR NEXT MEETING WILL BE TUESDAY, FEBRUARY 18th

We have a great lineup scheduled for our February meeting and we hope you can attend. As usual, we will meet at the “Warehouse” located at 2230 Boyd Road in Export behind Cornerstone Ministries off Route 22. We will begin at 7:00 PM and are planning to have you out of there no later than 9:30 PM.

Our agenda consists of two main parts: First, we welcome newly elected GOP Commissioner Sean Kertes as our main speaker. Last month the other new Commissioner, Doug Chew, spent about an hour discussing the budget problems in Westmoreland County and answered a number of questions regarding the unions, contracts, park police and a number of other key issues.

Sean will most likely pick up on the same theme. We must get to know and work with these men to help them unravel the mess they inherited from the previous regime. Sean’s time frame for remarks and questions will be about 30 minutes.

The Second part of the meeting is a real blockbuster or “bombshell” as the Left liked to describe every new revelation about Donald Trump leading up to and including the idiotic impeachment proceedings. I have been able to get a DVD of Glen Beck’s powerful expose on the Ukrainian/Biden connections entitled, “The Final Piece” of the Ukrainian puzzle. This is the information that should be sent to Lindsey Graham’s Senate Committee to root out all the foul Biden/Obama traitorous dealings with the Ukraine and other foreign governments to enrich themselves and their cronies.

Before obtaining this DVD, I had planned to show, “Whose Land Is It?”, covering the Israeli/Palestinian conflict in light of Trump’s new Middle East Peace Plan. We hope to show that at our March 17th meeting.

I hope we have whetted your appetite to make the effort to come on February 18th, so please feel free to invite friends, neighbors and church members so we can inform others in this critical election year!

WHAT A WILD START TO FEBRUARY!

I don’t know what more you could pack into the week that occurred from February 2nd-8th. Groundhog Day, the Super Bowl, final arguments on impeachment in the Senate, the Iowa Caucuses, State of the Union, National Prayer Breakfast,  the President’s acquittal in the Senate, Trump’s victory lap the next day and the further draining of the Swamp as the enemies inside the Administration were either fired or reassigned.

Of all these events, in a small way, Groundhog Day may have been one of the more rational happenings!

The Super Bowl winners, the Kansas City Chiefs, have expressed interest in going to the White House. I doubt if the 49ers would have done so and I ‘m happy for Coach Reid and all he has gone through to get a championship.

How could Iowa have been any worse for the Dems? Many of us pray every day that God will confound and confuse the enemies of America, and Iowa was a true example of confusion. The mismanagement was so obvious that it should have put to rest all the claims that the Republicans are the ones who try to steal, hack and tilt the elections. Whatever happened, it was a joy to see them implode. But I wonder about the mindset of Iowa voters, that of the top two leaders, one is a Communist and the other a queer! The same results just occurred in New Hampshire: Bernie “the Red” and Mayor Pete!  God help us!!

The State of the Union speech was the best ever. Great accomplishments were highlighted and the honoring of Rush and the other guests brought a tear to the eye and warmth to the heart. Pathetic Pelosi was exposed for the fraud and hypocrite she is. Since she doesn’t hate, that must have been an act of love when she ripped up the speech!

The acquittal was the next day with Mitt Romney playing the fool. In a letter I wrote last year, I said that Mitt NEVER criticized Obama like he does Trump and his newly found conscience made him the only GOP member with special insight to discern that Trump did something very wrong.

The Prayer Breakfast followed with Trump giving more comments to support our Christian values and Nancy gave the prayer! All that did was raise the question to many– whom does she pray to with her virulent pro-abortion viewpoint and does she expect God to answer such petitions?

The so-called victory lap gathering at the White House later that day was beautiful with Trump giving just praise to the House and Senate leaders who stood tall to support his agenda. He called a spade a spade regarding Nadler, Pelosi and Schiff and followed up the next day by starting to dismiss and relocate those leftovers from Obama who were working to undermine him from day one. The Swamp must be drained if Trump is to succeed!

I want to share some correspondence I received from our friend, Common Pleas Court Judge Harry Smail, Jr. In discussing the Conservative Coalition he sent me the following message: This is why we need Christian judges!

“I am limited in my ability to participate but believe God will not let this great endeavor on the freedom of His people fail either by domestic or foreign enemies in whatever clothes they present themselves. The truth will prevail but we must learn lessons through struggle, strife and chaos to command a return to a moral compass, normalcy of a divinely described family structure and order in the land based upon honor, respect, loyality, trust and love of all mankind. Tough times don’t last but tough people do. Christians must use their faith to gain the inherent power of God to be the strongest peoples in the world to restore God’s word by example therein reveling a society of civility, charity and kindness, but with the necessary discipline to exact justice with strength in punishments equating the gravity of the offenses and a moral military able to eradicate and decimate evil, but render aid in mercy when opportunity arises. I live by these beliefs and principles and firmly believe that after the disgrace of every institution I have held dear being humiliated before my very eyes, that enduring it has made our citizens disgusted and dismayed to the point they have reached the tipping point. It is the time that a reversing of the course is here, in which the House is retuned, the Senate strengthened and POTUS held solidifying the foundation for a moral resurgence and the preservation of this great nation insulated for at least 3 or 4 decades. I know I am doing all I can for consistent fairness, equity and justice. God bless, Harry.”

At our January meeting, we also had the pleasure of meeting Chris Merola, who is western PA Director of the Faith and Freedom Coalition. This organization is national in scope and is headed by Ralph Reed. He was the director of the old Christian Coalition that was established over 25 years ago by Pat Robertson and did a great job in the 1990’s to change the House from Democrat to Republican. They were also instrumental in many other races with hard-hitting voter guides. This election cycle, they are targeting more than 20 key states, with Pennsylvania being at the top of the list. They are having a reception on Friday, March 20th, at the Double Tree Hotel in Cranberry located at 910 Sheraton Drive, Mars, PA  16046. Ralph Reed will be the main speaker along with Congressman Mike Kelly and other guests. The cost is $40 which includes heavy hors d’oeuvres and drinks. For $100 VIP tickets, you can have front row seating and a picture with Ralph Reed, and for $250 you can join the round table discussion with Mr. Reed. He is one of President Trump’s advisors, so perhaps you have an idea that can be shared at the White House! More information about getting this year’s voter guides circulated far and wide will be at the forefront of the discussions that evening.

On March 28th and 29th, the Pennsylvania Leadership Conference will hold their annual meeting at the Radisson Penn Harris Convention Center in Camp Hill, PA. This two day event will consist of various workshops and panel discussions along with excellent speakers such as Brent Bozell, Dr. Paul Kengor from Grove City College, Congressman Scott Perry, Rick Santorum and featured dinner speaker Jason Chaffetz. Please visit their website at www.paleadershipconference.org to make early bird reservations and to be kept abreast of more details.

Working at Home: Some Philadelphia Union Workers Cash In on Coronavirus Crisis

Working at Home: Some Philadelphia Union Workers Cash In on Coronavirus Crisis