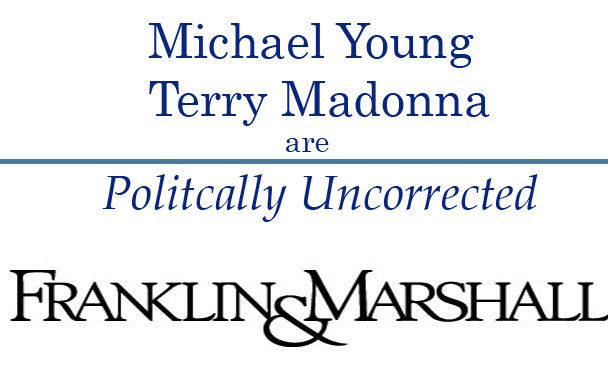 The 29th consecutive year of polling in Pennsylvania

Below are the highlights of the January 2020, Franklin & Marshall College Poll. Complete results can be found at http://www.fandm.edu/fandmpoll

·        About half (51%) of the state’s registered voters believe the state is “headed in the right direction.”
·        Former Vice President Joe Biden (22%) remains the top choice for President. Senators Bernie Sanders (15%) and Elizabeth Warren (14%) remain in the top tier of candidates, which is consistent with the standings of the race nationally.
·        Competition among the top three Democratic candidates is driven by ideology. Three in four Sanders (72%) and Warren (73%) supporters identify as liberal, compared to only one in two (40%) Biden supporters.
·        Democrats continue to say that healthcare (20%) is the top issue they are considering in selecting a presidential candidate and that honesty (42%) is the quality they most want in a candidate.
·        About two in five (38%) registered voters in Pennsylvania believe President Trump is doing an “excellent” or “good” job as president, which is slightly higher than his October Franklin & Marshall College Poll rating.
·        Two in five (41%) registered voters believe President Trump has done a good enough job to deserve re-election and most (83%) of these respondents say they will vote for him no matter who runs against him.

This survey reflects interviews with 628 Pennsylvania registered voters, including 292 Democrats, 251 Republicans and 85 independents conducted by the Center for Opinion Research at Franklin & Marshall College from January 20-26, 2020. The sample error for this survey is +/- 6.2 percentage points (+/- 9.0 percent for registered Democrats).  A complete methodological statement can be found in the full report.

The Franklin & Marshall College Poll is produced in conjunction with the Philadelphia Daily News, WGAL-TV (South Central PA), Pittsburgh Tribune Review, WTAE-TV (Pittsburgh), WPVI-TV6/ABC (Philadelphia), Times-Shamrock Newspapers, Harrisburg Patriot-News/PennLive, LNP media group, WITF, the Reading Eagle and Pennsylvania Capital-Star. It may be used in whole or in part, provided any use is attributed to the college.